You might know him for his unforgettable role as Bruce Wayne / Batman in Chistopher Nolan’s trilogy, or his role as Alfred Borden in “The Prestige” alongside Hugh Jackman.

Bale just been nominated for a Golden Globe for the 5th time for his role in James Mangold’s Ford vs. Ferrari where he played Ken Miles a race car driver who tries to win the 24 Hours of Le Mans race.

Now it appears that Bale is about to join Marvel’s upcoming movie – ‘Thor: Love And Thunder’.

‘Thor: Love And Thunder’ will be the 4th movie in Thor’s sequel featuring Chris Hemsworth as the god of thunder and Oscar winner Natalie Portman who’s back to the series after her last appearance on Thor: The Dark World (2013) and glimpse appearance on Avengers: Endgame.

Thor’s new film was announced in Comic-Con last July. It was hinted that Portman might be the first female Thor to be seen on screen. The last 3 Thor movies grossed almost $2 billion worldwide.

It was confirmed that Tom Holland will star in the next Spiderman movies. Holland said it will be “something very special” and “different”. This happens after Sony and Marvel Studios (powered by Disney) couldn’t reach an agreement regarding profit share on the Spiderman movies.

Chris McKenna and Erik Sommers, the writes of the last Spiderman movie “Far From Home” (which became Sony’s highest-grossing movie ever) will return for the third movie. However, it’s still unknown if the director, Jon Watts, will be apart of the next Spiderman movie.

Tom said – “We sat down with some of our creatives. We pitched Spider-Man 3, which is going to be something very special, it’s going to be something very different”. He continued -“I’m just so grateful that Marvel changed my life and allowed my dreams to come true and Sony allowing me to continue living my dream. It’s a crazy week and it’s never been done before so we’ll see how it goes and it’ll be as amazing and as fun.”

We did it Mr Stark!

Although SpiderMan is no longer a part of the MCU, Disney had a Royalty contract with Sony regarding Spiderman merchandise which means Disney will get 100% of the revenue made by it. 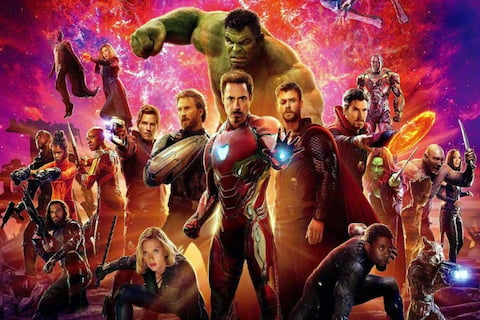 Kevin Feige from Marvel announced at Comic-Con panel that Marvel’s biggest hit, ‘Avengers: Endgame’, is about to become the most grossing movie of all time, passing Avatar’s record of $2.7897 billion global box office that was set 9 years ago.

There is still a small gap of 500k USD but it should be closed in a day or two.

Kevin announced in the Marvel panel – “Thanks to you, Avengers: Endgame is the biggest film of all-time”.

Marvel (powered by Disney) add few deleted scenes on June 28th – a post-credit scene, Hulk sequence and a Stan Lee tribute. All of these came when ‘EndGame’ was trailing by 37 million dollars behind Avatar and even people at Disney couldn’t believe that adding those scenes will get them past Avater, but it eventually did.

The directors, Joe and Anthony Russo, shared their thoughts about beating Avatar and they said – “The fact that people have responded to Endgame this way and they’ve been following these characters for so long, it’s cathartic for us to see in that the storytelling has played out globally. James Cameron is an idol for us, and he’s fed our passion for filmmaking from the beginning”

It’s really surprising to find out that there were only 5 movies that have been past the 2 billion marks at the global box office, and 4 of them are shared by Cameron (the director of Avatar) and the Russo brothers (the directors of The Avengers) –

The Walt Disney Studios’ co-chairman and chief creative officer, Alan Horn said: “A huge congratulations to the Marvel Studios and Walt Disney Studios teams, and thank you to the fans around the world who lifted Avengers: Endgame to these historic heights. Of course, even with the passage of a decade, the impact of James Cameron’s Avatar remains as powerful as ever, and the astonishing achievements of both of these films are ongoing proof of the power of movies to move people and bring them together in a shared experience. The talented filmmakers behind these worlds have much more in store, and we look forward to the future of both the Marvel Cinematic Universe and Pandora.”

But it’s not the real endgame – Disney will release Avatar 2, directed by Cameron of course, on December 2021. 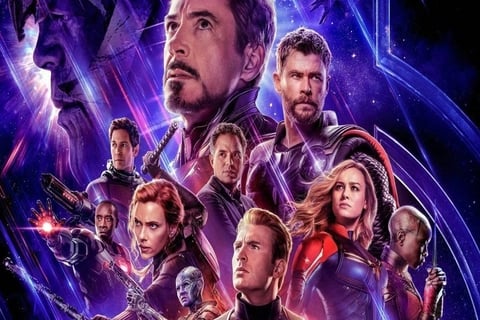 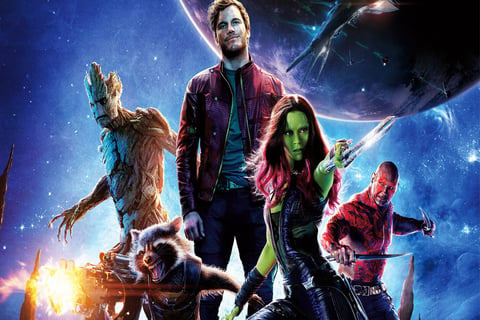 After firing James Gunn due to some tweets from the past, Disney gave him a second chance and brought him back to direct Guardians of the Galaxy 3.

It was all started when the commentator Mike Cernovich exposed some tweets that James wrote about 10 years ago regarding pedophilia and rape. Not long after – Disney decided to fire Gunn.

Alan Horn, Walt Disney Studios chairman, said in a statement back then:

“The offensive attitudes and statements discovered on James’ Twitter feed are indefensible and inconsistent with our studio’s values, and we have severed our business relationship with him”

The future director of Guardians of The Galaxy 3 apologized publicly for the tweets, and it seems like the way of how he handled with this saga made Disney changing their minds.

The cast of the film, Chris Pratt, Dave Bautista and Zoe Saldana, among others supported James:

Although I don’t support James Gunn’s inappropriate jokes from years ago, he is a good man. I’d personally love to see him reinstated as director of Volume 3. If you please, read the following statement- signed by our entire cast.

“Although I don’t support James Gunn’s inappropriate jokes from years ago, he is a good man.

I’d personally love to see him reinstated as director of Volume 3. If you please, read the following statement- signed by our entire cast. “

But there’s an issue that’s not being talked about – Gunn signed with Warner Bros and DC to direct the sequel to Suicide Squad. And as all the fans knows, Marvel and DC usually don’t work together.

Gunn managed to complete the writing for the third film of the franchise before being fired by Disney, and Marvel confirmed they would be using.

Guardians of the Galaxy films made more than $1.6 billion at the box office worldwide, both of was directed by Gunn. 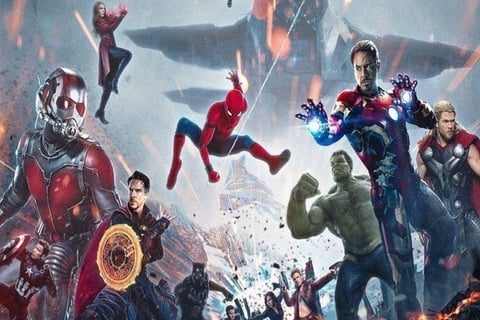 The website CableTV.com is presenting the opportunity to watch all 20 Marvel Cinematic Universe movies before the release of Avengers: Endgame on 26 April – But only one person can do that.

The lucky person will earn 1 thousand dollars in cash and if this isn’t enough, he will get some Marvel merchandise.

“The hero we’re looking for is not only a Marvel fanatic, but also an active, outgoing social media personality who’d be enthusiastic about live-tweeting their MCU marathon experience while tagging CableTV.com” as the job description stated.

“Once your MCU binge-watch and live-tweeting extravaganza is complete, we’ll ask you to share your takeaways from the movies so we can make some beautiful, badass rankings together. Besides those, our only requirements are that you be at least 18 years old and a US citizen (sorry, Wakanda nationals).” 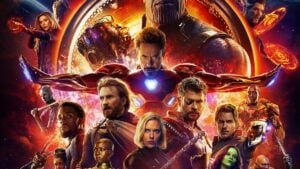 In order to be able to watch all the movies, which have been divided into 3 phrases: 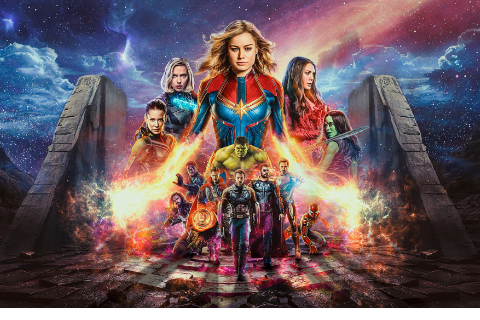 Marvel’s fans will be happy to know that the next Avengers film will be out 7-years after the first one.

Millions of fans are waiting for the upcoming Avengers movie after the successful The Avengers – Infinity War. In the next movie the heroes will try to correct Thanos’ action – deleting half of the universe.

‘Endgame’ is about to be out on April 26th, 2019 – 7 years after the first one. It seems like Marvel’s team was scheduled it perfectly from the beginning – in the last seen we have a brief look at Thanos but only now we know what he was able to accomplish.

In the second Avenger’s film – Age of Ultron, which was out in 2015, Iron man says – “That up there, that’s the endgame. How are you guys planning on beating it?” – again, back then it meant nothing but the big pictures comes full circle here.

In “Infinity War” Dr.Strange saves Tony’s life by giving Thanos the Time Stone and says – “We’re in the endgame now.”

For now, we can enjoy the upcoming “Captain Marvel” film – out on March 8th.

After a strong push by thousands of fans and cast members including Chris Pratt and Zoe Saldana to get James Gunn back as director of “Guardians of the Galaxy Vol. 3” following his firing from the third film in the series because some offensive tweets from his past resurfaced, Disney and Marvel are standing by their decision to not reinstate him as helmer for the next installment. 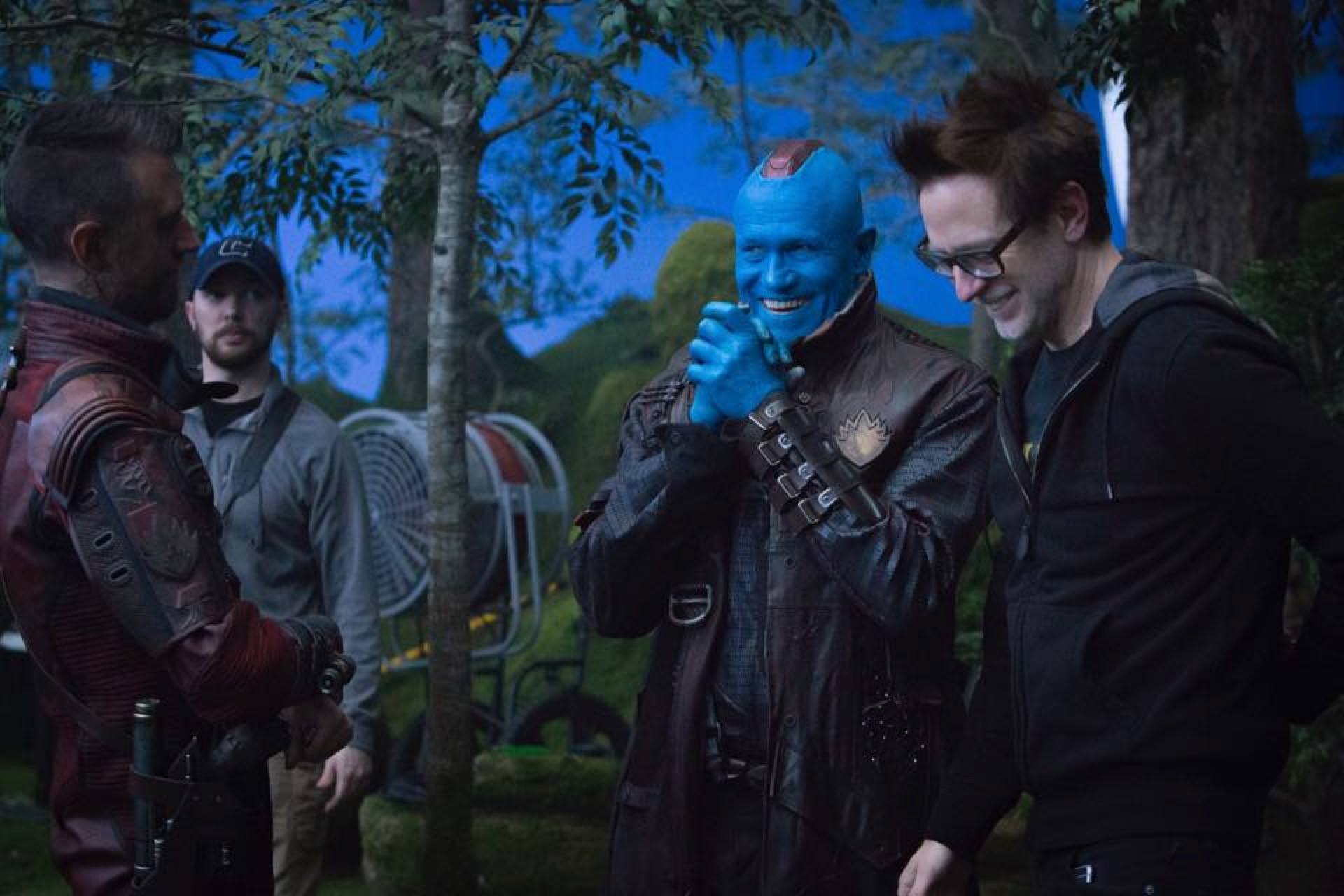 Gunn was let go from the project when dozens of Gunn’s tweets from nearly a decade ago came to light. You can find more information HERE!

The decision came following a meeting between Gunn and studio chairman Alan Horn. Gunn and his UTA (United Talent Agency) reps pushed hard for him to be given a second chance. Horn decided to take the meeting but only as a courtesy for clearing the air with Gunn. The meeting was described as civil and professional, but sources say that Horn stood by his decision – not reinstate Gunn as director. 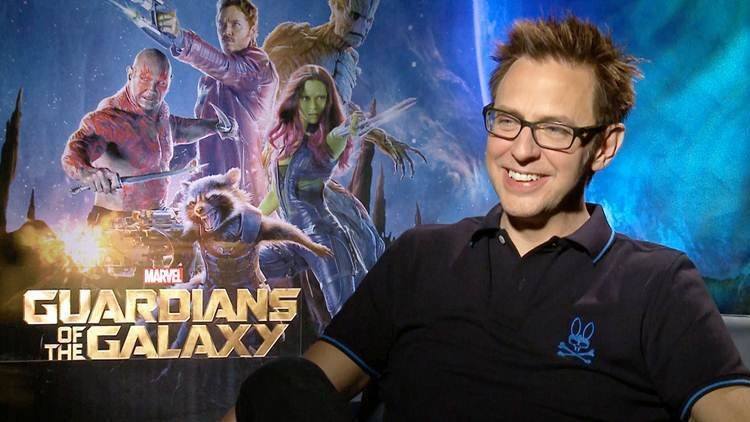 Feige was out of town and unable to attend. Once Feige is back in town, Disney and Marvel will continue the search for a new director. The film was expected to go into production at the start of 2019, and while sources have stressed that Gunn’s original script will be used for the next film, it is still very likely that whoever is brought in will still need to put a polish on it in order to add their stamp to the project, so It is still unknown if the production schedule will be affected by the change in the director’s seat.