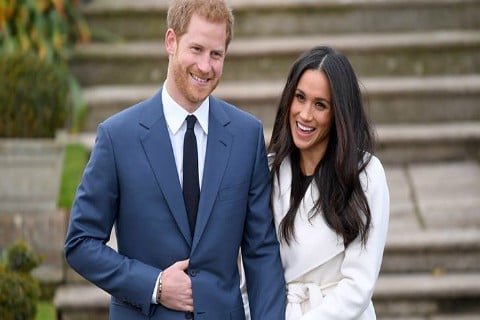 Previous instances of Royal Wedding proves that America loves it and now that the bride is an American, the American media has gone into a never-seen-before frenzy.

America is always infatuated with a Royal Wedding.

And now that it involves an American actress, major networks have gone into overdrive to create huge marketing and programming opportunities for the American media.

‘’Today’’ is not the only show which aims to cash-in on the popularity of the Royal Wedding among the American public. Nearly all major news channels, as well as newspapers, are sending their best anchors to the Windsor Castle in an effort to capture the tradition that will be on display on May 19th.

As for lifestyle and entertainment networks, they have recorded specials such as ‘’A Royal Romance’’ and ‘’An American princess’’ to lure the audiences to their television screens. Like their news-showing counterparts, these networks will also be showing live coverage of the big day on Saturday.

While the nationality of Meghan has also played its part to increase the appeal of the already over-hyped Royal Wedding, it’s her background which has made the wedding a bonanza for the American media. For, Meghan is a biracial, divorced woman whose wedding with Prince Harry simply would not have been possible a few decades ago.

Therefore, the welcome which the Royal family has given to her by giving the man who is sixth in line to the throne is a bellwether sign of how the modern-day monarchy has evolved. And for the American public which has grown fed-up of almost daily scandals coming out of Washington, the Royal Wedding serves as a brilliant distraction.

In addition to NBC, TLC is also banking on the Royal Wedding to set straight its audience numbers. It will be airing three hours of documentaries on Friday Night – “Secrets of the Royal Wedding,” “Meghan Markle: A Royal Love Story,” and “Prince Harry: Wild No More.”

Then, after capturing the main event live on Saturday from 5 a.m. – 9 a.m. ET, it will be airing a recap special late Saturday night with a panel of style and wedding experts invited from its other shows.

Still, while networks have been planning for months on how to cover the wedding, a certain amount of unpredictability which always surrounds a live event is related to the Royal Wedding as well. That unpredictability, in turn, might increase the appeal of the occasion for the viewers.