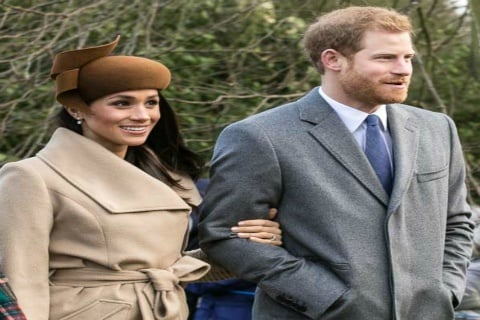 Even the Princes have to work a lot to try to impress their girl.

The next time you think your girlfriend is giving you a hard time, don’t lose heart. After all, even the Princes of this world had to ‘’up their game’’ to impress their ladies.

This much has been revealed by Katie Nicholl, the Royal expert who wrote a book on Prince Harry titled ‘’Harry: Life, Loss, and Love’’.

Nicholl told Entertainment Tonight that Prince Harry told her about the first time he met with Meghan Markle.

She claims that when he first walked into the room where Meghan was already sitting, Harry said he knew had to ‘’up his game’’ to match her.

Nicholl further states that while the beauty of the glamorous actress was one reason why Harry fell in love with her, she feels it was a superficial initial connection which fortified their relationship.

So much so, that after the first couple of dates, Nicholl was told that Harry believed that he had met someone ‘’very, very special’’.

Judging from the words of Nicholl, it seems we’re are not the only ones who are having a crush on Meghan Markel. For, she has the charm which could even make the royalty weak in their knees.

And while we don’t know what is it that Harry did to ‘’up his game’’, it must have been perfect considering the that he is going to marry Meghan in two months’ time.

What’s more, while the pair has revealed the first time they met, they have refused to share the details of the meeting. What they have revealed is the fact they knew very little about the other before their first date.

As for Nicholl, she claims that while many persons could be credited for the relationship of Prince Harry and Meghan Markle, one London socialite deserves a special mention.

Violet von Westenholz, an old friend of Harry, had just become friends with Meghan when he gave him her number, claims Nicholl.

Prince Harry and Meghan Markle are set to marry on May 19, this year.