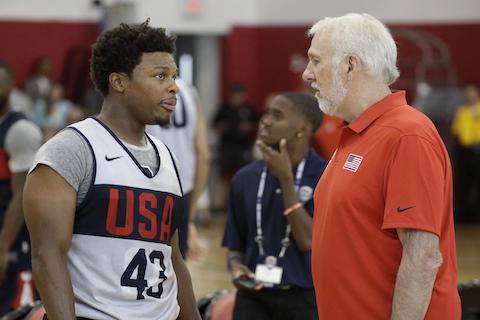 Massive changes going on in Team USA for the FIBA world cup, after 9 players withdrew their name out of the roster of the team –

Most of the players prefer to take the time off and prepare for next season, get some rest, spend time with their families, etc.

In the USA roster we can find –

“Since USA Basketball started the men’s national team program in 2006, we have understood the necessity of fluidity within the program and the importance of having a deep national team roster that features both young and veteran standout NBA players. The six players we added today are all outstanding players in their own right, and along with the other players who will attend the World Cup Team training camp, will offer Coach Popovich and his staff some remarkable athleticism and versatility. USA Basketball is looking to select the best team possible for the FIBA World Cup as we attempt to win a third straight gold medal. We have a deep roster of men who have played for USA Basketball and who have experienced playing in FIBA events, so they understand the competitiveness of FIBA basketball and have respect for the other national teams. We’re looking forward to exposing the selected players to FIBA World Cup competition and the incredible experience of representing their country in one of the world’s premier basketball’s competitions.”