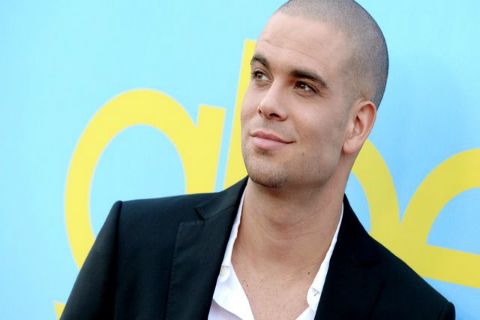 Disgraced Actor Mark Salling, better known as Noah “Puck” for his role in Fox’s Comedy-drama “Glee’’, was found dead in Los Angeles on Tuesday morning, his attorney has confirmed. Initial reports hint that the disgraced actor might have committed suicide. He was 35.

Just one month before his death, in December 2017, Salling had pled guilty to possession of child pornography images. With the plea deal in place, Salling was expected to serve at least four years in jail, a far cry from the 20-year sentence which he would have received had he decided to contest the case.

According to TMZ, Salling appears to have committed suicide by hanging himself. Worse, in an indication that it was hours before his body was eventually found, Salling’s corpse was reportedly noticed lying in a little league field.

Another report, this one coming from the Blast, confirmed to the media that Mark was missing for quite some time, and that a family member filed a report to the Police on 30th January to locate him. Still, it wasn’t the LAPD but a common man who found Salling’s body.

It wasn’t his first Suicide Attempt

Further aggravating the sense of loss of Salling’s loved ones is the report from TMZ which claimed that, in August 2017, the shamed actor cut his wrists in an apparent suicide attempt. Still, after he had cut himself, Salling called one of his roomates who then informed 911 after which Salling was taken to the hospital.

Once in the hospital, reports further claim that Salling was kept in a psychiatric ward, and was later transferred to a rehabilitation center so that he could cope with his psychological demons. So fierce was his previous suicide attempt that Salling’s arms were reportedly scarred, hence forcing him to wear long sleeves despite the blistering heat of Los Angeles.

He Pled Guilty to Possession of Child Pornography Images

After his initial recalcitrance, as Salling pled Not Guilty in 2016, Salling came around last year and accepted his crimes in a Federal Court. Per Federal Prosecutors, some of the victims whose images were found on Salling’s computer were between three and five years in age. He was scheduled to be sentenced in the coming March for 4 to 7 years in prison, after which he was to be released but kept under police supervision for 20 years.

Such was the nature of crimes that Salling committed during his life that even after his death, his co-stars were measured in offering their condolences.

Today we lost another #Glee cast member.Yes, he committed crimes against children.Yes, it's horrific. But #MarkSalling was a broken man, no doubt an abuse victim himself. I loved Mark, and am sad when I consider the devastation of his parents. PLEASE withhold your cruel comments.

Let me be clear. Having compassion for #MarkSalling in no way minimizes his crimes, nor does it minimize the pain and devastation of the victims of those crimes. I'm just saying stop adding to his family's pain. This was their son. If you're without sin, feel free to cast stones.