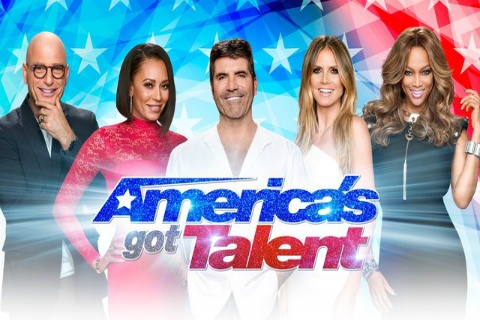 It claims to find the best talent this land has to offer but is the show really what we see on the television? Or is there something dark lying just underneath the veneer of competition? Let’s find out.

In September last year, America’s Got Talent concluded its 12th season amid great fanfare and a promise that it would be back next year. And why shouldn’t it be back? Ratings were as good as ever, with the public glued to seeing the realization of American Dream right on their TV screens.

Still, just like every other reality show out there, the show has faced its fair share of accusations over the last decade and so. Some of the accusations went as far as to claim that the show was rigged and that the competition was merely a byword as the judges favored their favorite candidates.

How right were these accusations? Let’s find out.

Remember contestant Timothy Poe from the Season 7? If you do, you may also recall what his backstory was; an Afghan war veteran who nearly lost his life after a grenade burst close to him on the battlefield. That story moved a lot of hearts and tears were also shed to know how a guy who almost lost his life put it back together to get back on the biggest stage reality TV has to offer.

If you were like the majority who believed in America’s Got Talent’s fact-checking department, I’ve got news for you: Ted Poe’s story was false. Worse, the image which Ted used to showcase himself as a soldier fighting in Afghanistan was that of another soldier. To be fair to Ted, he offered an apology after being caught pants down. Sadly, we cannot say the same about America’s Got Talent as, till date, there is no word from them on this story.

#2: The Show Holds the right to exaggerate life stories of its contestants

Ever wondered why almost every contestant’s backstory is so heart wrenching? After all, they are human beings like us, so why don’t they live a stale, uneventful life like most of us? The answer to this question was revealed in a book – which claimed that the show reserves the right to exaggerate the life stories of its contestants anyway it may like.

Worse, cashing in on its reputation as a programme which attracts millions every week, the show signs a contract with the contestants telling them that no matter how the show depicts their stories, they cannot sue it.

#3: It Pits Contestants against One Another For Ratings

Competition is fierce, showcases America’s Got Talent every year, so chivalry goes out the window and only those who are emotionless could survive. Well, as it turns out, while the competition is fierce, the administration of the show works hard to make it as ugly as possible to attract ratings.

Have doubts? Well, in a book titled Inside AGT, Cas Haley, Runner-up of Season 2, claimed that the producers of the show manipulated him and some others to make a female contestant cry in front of the camera.

#4: Many of the contestants are pre-recruited before the show

Nowhere does America Got Talent expends its audition process to showcase that the show is authentic. An anonymous guy (or girl) walks into the audition room, performs their act, and suddenly we’re told that yes, America’s Got Talent!

Well, as you might have guessed already, the show doesn’t work that way. In fact, once again turning to the book mentioned above, some of the former contestants allege that the show’s producers recruit performers before the audition season begins. Consequently, the show saves its time which it would otherwise have to spend trying to comb through a pool of candidates.

Ever wondered why almost every contestant cries when they are on-stage? Well, of the many reasons that may come to your mind, I’m sure that fatigue might not be there. Still, as alleged by some of the show’s previous candidates, fatigue does play a role.

In fact, as Season 4 Candidate Damien Escobar alleged, contestants were kept in the holding area for 19hours on a stretch. Worse, to make sure that they remained fit to do the job, nurses were on set to give anyone struggling with their health Vitamin B and K shots.