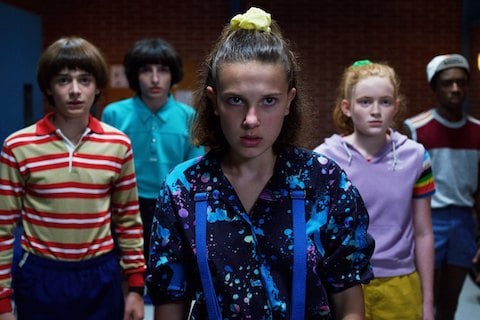 The Epic show ‘Stranger Things 3’ broke Netflix’s record for most watch show in the first 4 days on air. The huge streaming service posted on Twitter on Monday afternoon that season 3 of ‘Stranger Things’ has been watched over 40 million times (in over 40 million accounts!!!)  since it aired on the 4th of July and over 18 million finished the whole season – INSANE!

40.7 million household accounts have been watching the show since its July 4 global launch — more than any other film or series in its first four days. And 18.2 million have already finished the entire season.

The 3rd season takes place in the summer of 1985, the gang enjoy the summer break, but not for long… They will face new and old threats and will have to work together in order to survive.