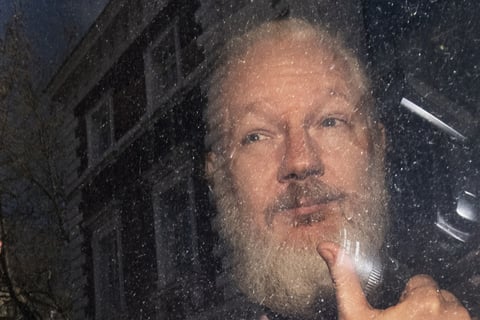 Julian was accused for breaching the bail act after getting arrested in April 2019 at the Ecuadorian embassy. He sentenced to 50 weeks in jail.

Assange said in court that he “struggling with difficult circumstances” and also ask the people who “consider I’ve disrespected them” for an apology. He continued – “I did what I thought at the time was the best or perhaps the only thing that I could have done”.

All this happened when Assange is facing extradition to United States following the Department of Justice published that Julian was arrested in “connection with a federal charge of conspiracy to commit computer intrusion for agreeing to break a password to a classified U.S. government computer” and he had a part in “one of the largest compromises of classified information in the history of the United States.”

If Julian get convicted, he will face up to 5 years in jail.