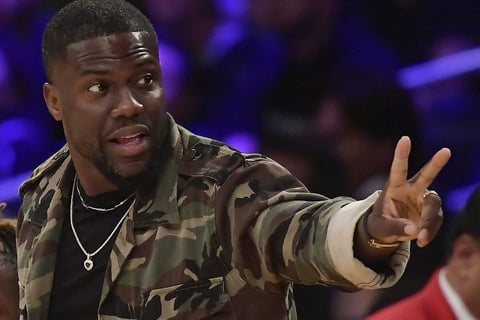 Kevin Hart’s wife, Eniko has spoken out about his involvement in a car accident on Sunday.

I added some more muscle to the family for my 40th….welcome home "Menace" #MuscleCarLover

The well-known comedian was in the passenger seat and Jared Black drove Hart’s car. The police confirmed that Black wasn’t under the influence of alcohol while driving.

Many celebrities posted on social media about this case, sending love and support to their friend –

Stop messing with my emotions brother @kevinhart4real. We have a lot more laughing to do together. Love you man. Stay strong 🙏🏾

I’ve just heard that @kevinhart4real was injured today in a car accident in Los Angeles. Let’s all send him positive energy and healing thoughts. He’s a good human. Get well soon, brother. B

Thinking about u a lot today @kevinhart4real 🙏 praying for your recovery ❤️

Much prayers to the man who makes millions smile. @KevinHart4real

This was the official statement – “Two of the three occupants were trapped in the vehicle. The remaining occupant and owner of the vehicle, Kevin Hart, left the scene to his nearby residence to get medical attention. The driver was located in the driver’s seat of the vehicle and determined not to be under the influence of alcohol at the time of the collision. Hart and Black sustained major back injuries as a result of this collision and were transported and treated at nearby hospitals (Northridge – Hart, UCLA Westwood – Black).”