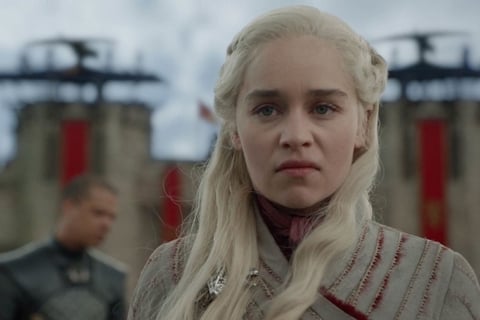 HBO ordered a prequel series for Game of Thrones. The new show will take place 300 years before G.O.T and will tell the story of house Targaryen.

HBO’s new series will be called ‘House of the Dragon’ and will be based on George R.R Martin’s book ‘Fire & Blood’ that was published last year.

This surprising news came few hours after it was revealed that HBO canceled the pilot for a prequel of GOT, but it this case, HBO didn’t order a pilot, the ordered a full series (10 episodes according to sources).

According to Entertainment Weekly the reason behind that is fact that the series (at first) will be based on Martin’s book, and as we already know, this is something we can totally expect to be EPIC.

#HouseOfTheDragon, a #GameofThrones prequel is coming to @HBO.

The series is co-created by @GRRMSpeaking and Ryan Condal. Miguel Sapochnik will partner with Condal as showrunner and will direct the pilot and additional episodes. Condal will be writing the series. pic.twitter.com/9ttMzElgXm

There is now releasing date for the show yet. 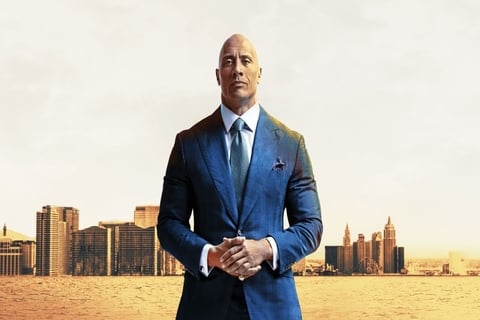 This Sunday, the 5th and final season of the comedy ‘Ballers’ will hit HBO,

The Rock, one of the biggest actors today and a social media influencer posted a thank you message to his 154 million followers –

My heart 🖤 is full of gratitude to all of you for rockin’ with us every season. You made us HBO’s highest rated comedy for years and most importantly, you helped create and sustain a platform for other actors to have the OPPORTUNITY to work hard, grow and become household names. To me, the opportunity Ballers created for so many others, is the real gold of our show. I love you, I thank you and enjoy our final season of BALLERS. This SUNDAY on @HBO. @SevenBucksProd

“My heart 🖤 is full of gratitude to all of you for rockin’ with us every season. You made us HBO’s highest rated comedy for years and most importantly, you helped create and sustain a platform for other actors to have the OPPORTUNITY to work hard, grow and become household names. To me, the opportunity Ballers created for so many others, is the real gold of our show.
I love you, I thank you and enjoy our final season of BALLERS.
This SUNDAY on @HBO.
@SevenBucksProd”

The show deals with the unspoken side of life for many football players and retired ones. The Rock plays Spencer Strasmore, a retired pro football superstar who works as a financial manager for active players.

In the 5th season, Spencer gets an offer to become a team owner, while Joe tries to take Sports X to the next level after Spencer leaves. Ricky deals with an unfamiliar situation and has to reinvent himself and Charles deals with the outcomes of being a general manager. 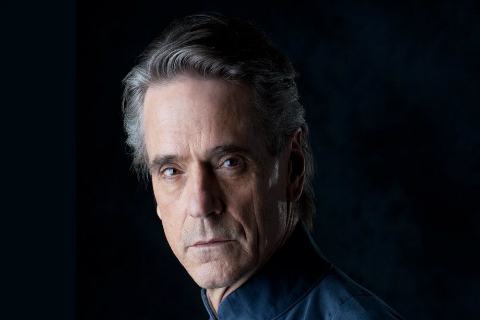 The induction of Irons will see him joining previous cast members including Don Johnson, Tim Blake, Regina King, and Andrew Howard among others.

According to reports coming from various media outlets, HBO has cast Jeremy Irons to play the lead role in the upcoming “Watchmen” pilot. However, keeping in line with the tradition of HBO, the character which Irons will play in the drama hasn’t been revealed.

The induction of Irons will see him joining previous cast members including Don Johnson, Tim Blake, Regina King, and Andrew Howard among others.

The project has been adapted from the DC graphic novel of Alan Moore, colorist John Higgins, and artist Dave Gibbons.

Provided “Watchmen” gets promoted from a drama to series, it would become the 2nd regular onscreen appearance for Irons.

He previously played the lead role in “The Borgias”, a Showtime period drama which remained on-air for three seasons.

While he is not a veteran when it comes to TV series, Irons is a veteran for playing lead roles in comic book projects.

For instance, not only did he play the role of Alfred in “Batman v Superman: Dawn of Justice”, but he also appeared in “Justice League”.

Away from comic book adaptations, Irons won an Oscar for his role in “Reversal of Fortune’’, a 1990 film in which he played the role of an infamous New York socialite who faced two trials under the accusation that he attempted to kill his wife.

Irons also voiced Scar in “The Lion King” and played his park in films including “Dead Ringers”, in which he played the double role of identical twins. 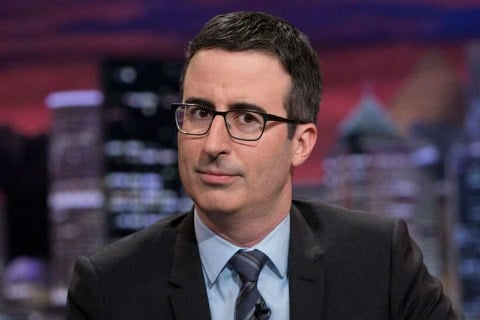 It seems as if the “Last Week Tonight” show hosted by John Oliver has hit a raw nerve with the officials of the Chinese Government.

Want to know how bad the censorship laws in China are?

They have banned HBO’s website in the Asian country after John Oliver made fun of the Chinese President on his “Last Week Tonight” show.

The crackdown against John Oliver and his “Last Week Tonight” show started last week after Oliver poked fun at Xi Jinping. After clearing the host’s name from Chinese social media last week, it seems that now HBO is facing the ire of the Chinese officials.

According to Greatfire.org, an internet censorship watchdog, Chinese internet users have been unable to access HBO’s website since Saturday.

As a result, HBO, which is distributed throughout Asia by its Singapore-based subsidiary, is only available in mainland China at “foreign housing compounds”, which include diplomatic residences and hotels.

That decision by the Chinese officials to block HBO seems comical because HBO airs none of its streamed content in China. Instead, it only appears as a promotional platform and airs Hollywood movies from yesteryears.

Therefore, there is no chance anyone in China could watch John Oliver’s show by legal means, which is via cable and dish networks.

The reason why the Chinese government has taken the initiative of blocking HBO is John Oliver’s critique of China’s human right abuses, as well as the country’s suppression of dissent.

Oliver then added a comic touch to the whole episode by showing Winnie-the-Pooh, to which some Chinese social media users compare Xi-Jinping, albeit in an affectionate way. 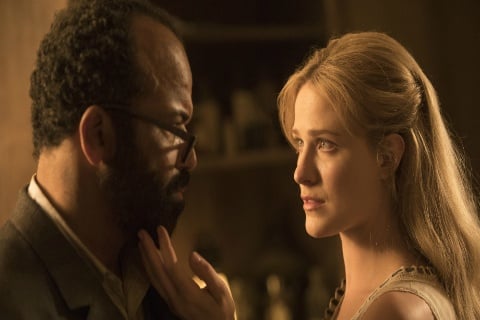 In “Virtù e Fortuna”, the third episode of Season 2 of ‘’Westworld’’, the hit HBO series moves into uncharted territory.

In the 3rd episode of the 2nd Season of ‘’Westworld’’, Dolores (Evan Rachel Wood) is told by Bernard (Jeffrey Wright) that this world is just a tiny spot on the much bigger world’s surface.

While his claim was true – as the world is much bigger than the park in which both of them live – but the grandeur of the park was much more than anyone could have imagined. For, of the two parks which we were able to see in this episode – there are at least six that we know of – robot elephants were shown grazing in the fields.

On the whole, we think that “Virtù e Fortuna” was a solid advertisement of the drama’s second season, though, at the same time, we could argue that it was not as exciting as its immediate predecessors.

For one thing, the episode dragged the story of Bernard and Charlotte, though it was able to attract the attention of its audiences by moving some of the smaller stories along, like Hector’s and Maeve’s relationship and Teddy’s lack of trust in Dolores.

More importantly for the health of this show, the 2nd episode was able to carve up new mysteries, an important feat considering the fact that few of our big questions – which we had coming into this season – were already answered.

For instance, we don’t know the identity of the woman from the other park. Nor do we know how was Bernard able to survive, or the ‘’consciousness’’ of hosts apart from Maeve, Bernard, and Dolores.

The best scene in “Virtù e Fortuna” was when it gave us a peek outside the Westworld park, as we haven’t been out of it before that. We are taken to a nameless world – probably in Imperial India – where we meet two guests, a man, and a woman.

Both of them immediately fall in love with each other, and after spending some time in their room, the woman shot the man to make sure that he was real and not a host. While the man didn’t die that day, he was killed the next in a jungle when the pair decides to go on a tiger hunt near the edge of their park.

After killing the man, the tiger also chases the woman to the park’s edge. However, unlike her man, she proves to be industrious as she shoots the tiger near the edge of the cliff.

Finally, when the episode’s about to end, we are shown that the woman – despite falling off the cliff’s edge – was able to survive. However, her troubles were not yet over as, after crawling to the safety of the shore, she comes to know that she is under the jurisdiction of Ghost Nation.

The episode also takes us back to the ‘’present’’ where Bernard, Stubbs, and Karl find Charlotte. She’s surprised not only to see Bernard alive but also about him still finding Peter Abernathy. Afterward, Bernard comes back to the future where he, alongside Charlotte, is searching for Abernathy.

Both of them are then kidnapped, alongside a large number of gala guests, by the rapist hosts. With his usual trickery, Bernard is able to sway one of the hosts to release both of them, after which they are able to rescue Abernathy.

However, just before they are able to run away, both Bernard and Abernathy, are caught by the Confederados, while Charlotte gets away. Aiming to save Abernathy – whom she considers her father despite knowing that she wasn’t born, but made – Charlotte was able to lure QA forces to help her.

In the meantime, the Confederados take both Bernard and Abernathy to the fort. By a stroke of good fortune, Dolores happens to be at the same fort. She recruits the general of the fort to help her in exchange for the machine guns of QA forces.

In the final stages of the episode, the security guards of Delos attack the Confederado fort, with their attack getting the enemy by surprise. However, once Angela blows the nitro, things start to go wrong for the Delos employees as well as the Dolores’ allied Confederados.

After shutting down all of them on the gate’s outside, Dolores men shot the Confederados through the door. When few survivors are left, Dolores asks Teddy to do the noble deed and kill them. However, he is unable to do so. He grants the remaining survivors pardon and, as we see in the last few seconds of the episode, Dolores wasn’t too happy with that.

Then, in the last scene of the episode, a shaky Bernard was seen being dragged away from the battlefield by Clementine.