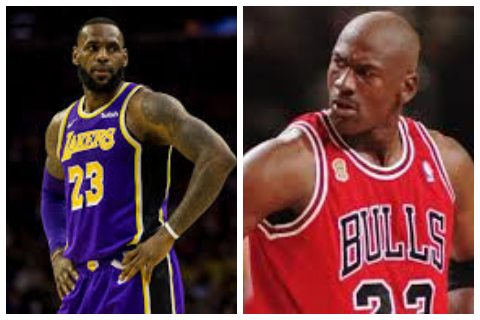 One of the hottest topics in all basketball is the question – Who is the greatest basketball player to ever play the game? The two names that pop to mind are Michael Jordan and LeBron James.

As we speak, James doing his best to break MJ’s scoring record and take his place (4th) in the highest scoring list.

LeBron, who entered his 16th season, puts up the work and show every night why he deserves the title as the Greatest of All Time (The G.O.A.T).

But apparently, this feud doesn’t stay solely on the court. James, known for his businesses in the media industry just announced on the NBA all-star weekend about his new project – Space Jam 2.

Why is it such an issue you ask?

For those of you who not familiar with the ’90s hit Space Jam, you might want to check who is the leading role there… I will give you a clue – He played for the Bulls… (Yes, it’s Michael Jordan!)

James will have the leading role in Space Jam 2 as well as being one of the producers.

SpringHill Entertainment (LeBron is one of its co-founders), announced On Sep 18 that the Black Panther’s director, Ryan Coogler, has signed to produce the movie, alongside Terence Nance, who confirmed as the project’s director.

Can’t wait to see how it ends up!